Full disclosure: Disney did not compensate me to write this blog. I just happen to love it there. And yes: if you read this you'll have to look at...my vacation photos! MU-HA-HA-HA-HA-HA-HA!!!!!!!

Five years ago I went with my immediate family to Walt Disney World in Orlando, Florida. When I returned, I wrote an article for Photo.net suggesting seven reasons to leave your big fancy DSLR at home. I got some pushback, as I should have expected, so below I'm going to revist that idea.

7. I Have Two Children

In 2014 they were younger and had even less patience than they do now. Imagine the whining I'd have to withstand as I change lenses and fiddle with my settings. Undoubtedly, it's a testament to my lousy parenting skills that I'd let whining dictate my choices. After all, I should be able to take 8,000 well-composed, high-resolution photos in the Happiest Place on Earth without having to endure whining from the humans I created, right? Mmm-hmm. 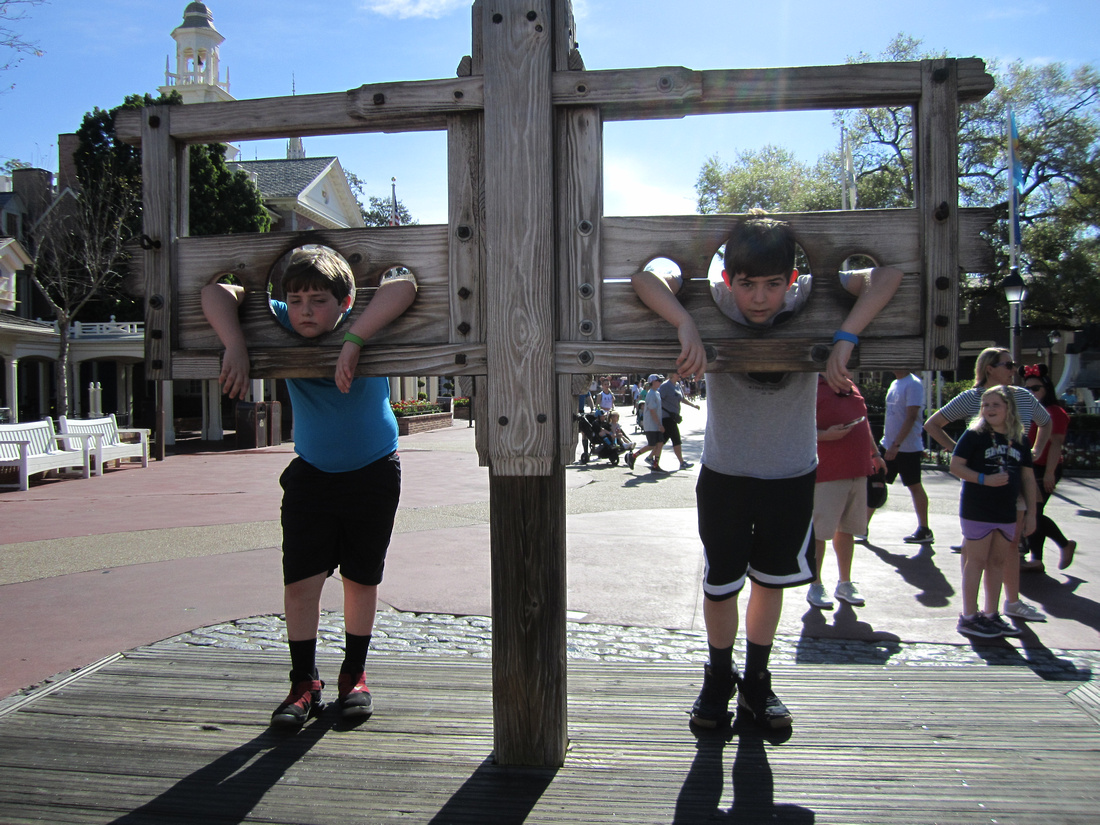 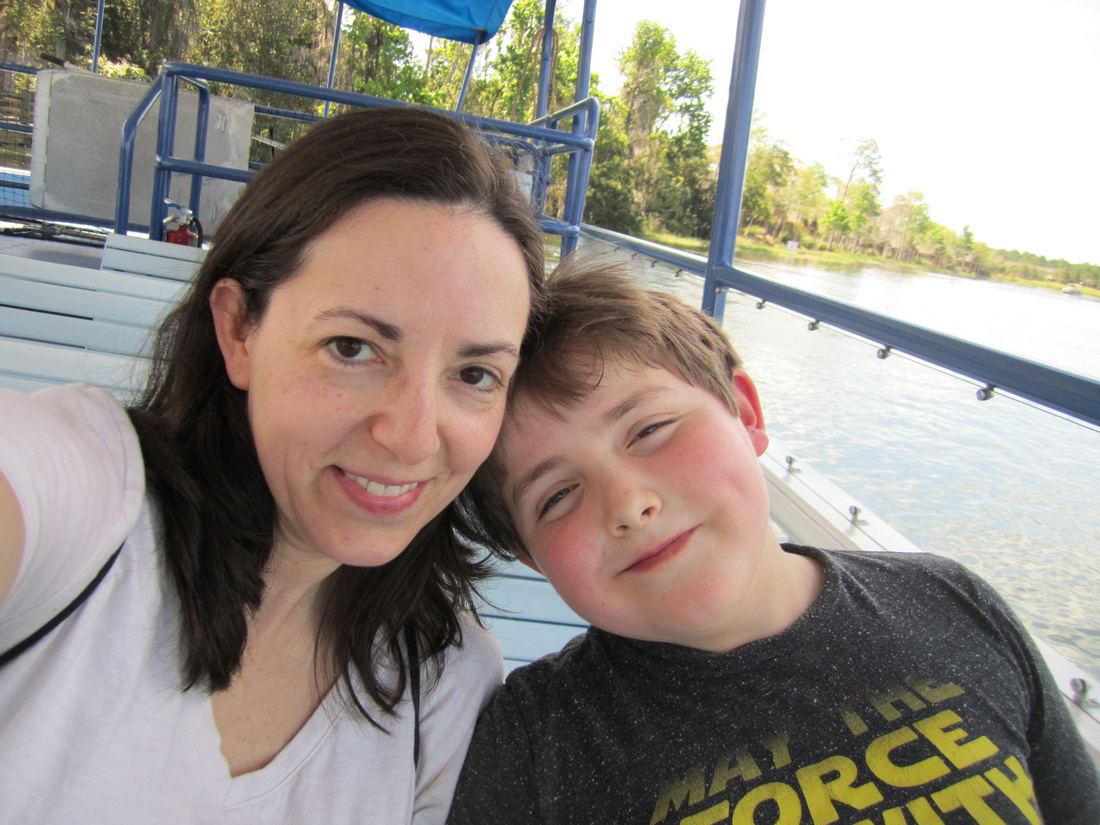 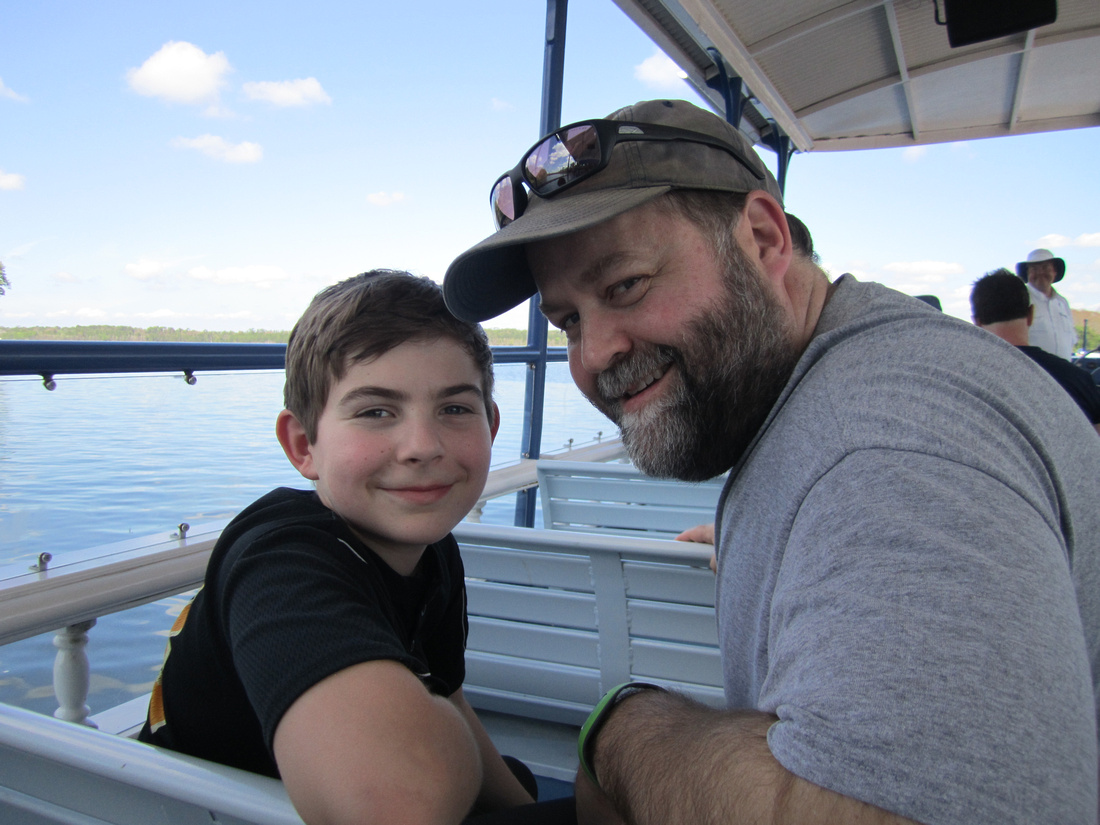 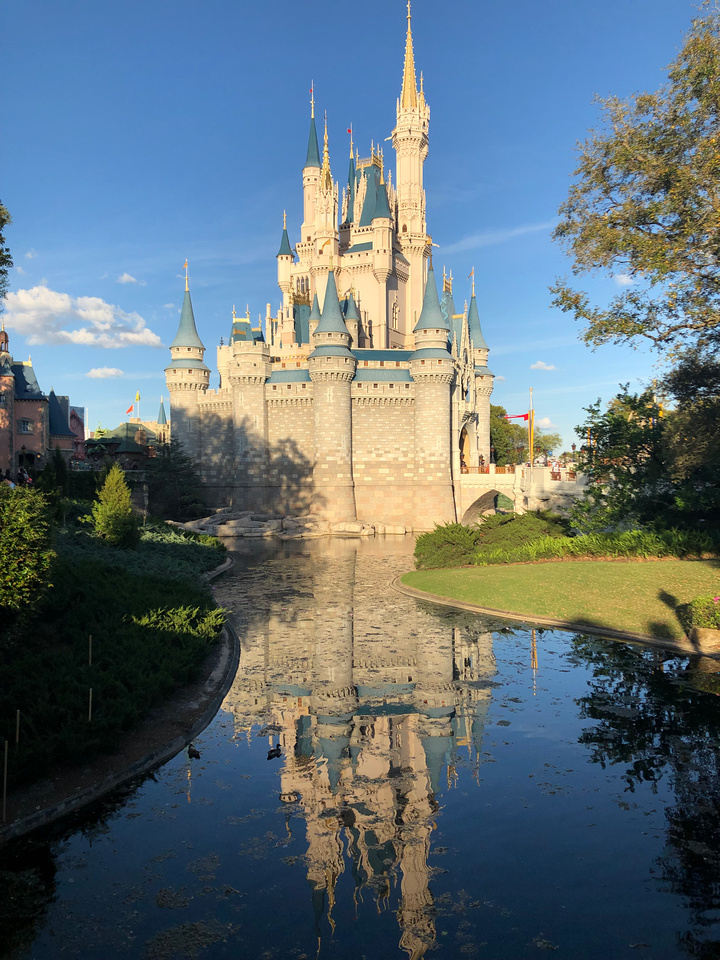 All day, every day: Photo Pass. If you don't know what it is, it's this thing where you pay the people at Disney to take pictures of your family for you. You simply find cast members wearing vests and Nikon gear and they'll pose you in front of your favorite Disney locations. I'm the photographer in the family so I'm almost never in the photo. I wore those poor Photo Pass folks out.

And, because it includes the instant photos that are snapped while you're on the rides, you can trick your family into enjoying having their photos taken. The 10-13 year old boys in our group (and their crazy uncles) posed on nearly every ride. Even my husband pretended to be on the phone on the RockN Roller Coaster. It was Sam's idea to do a Simpsons' pose on the Tower of Terror, which involves my husband pretending he's choking him. 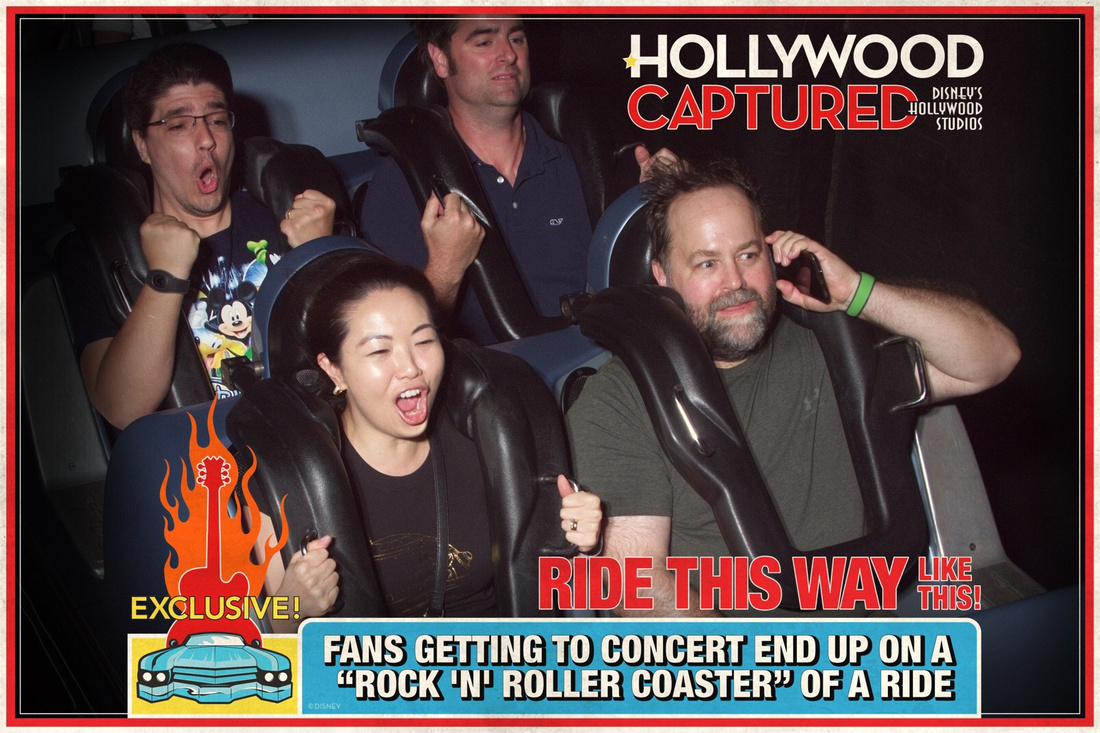 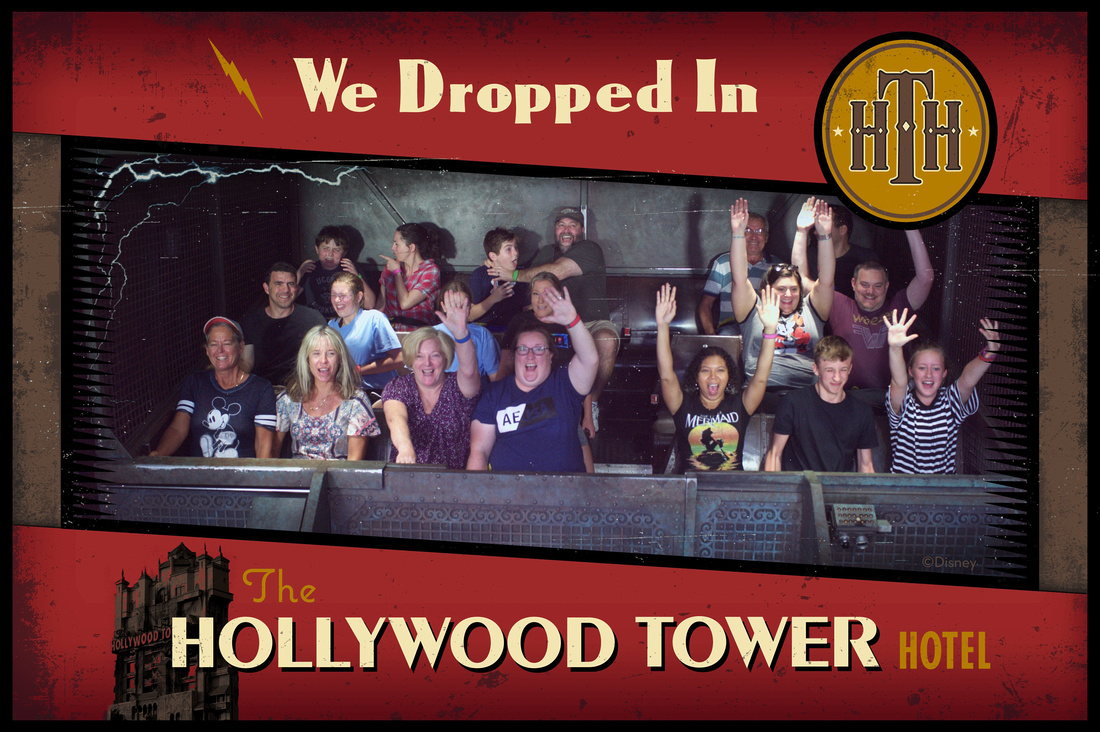 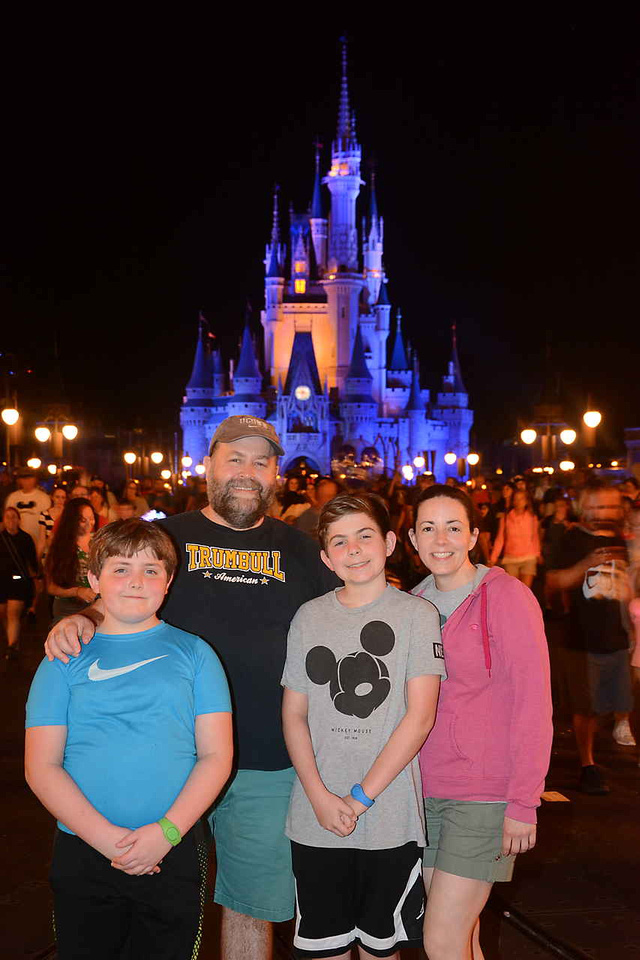 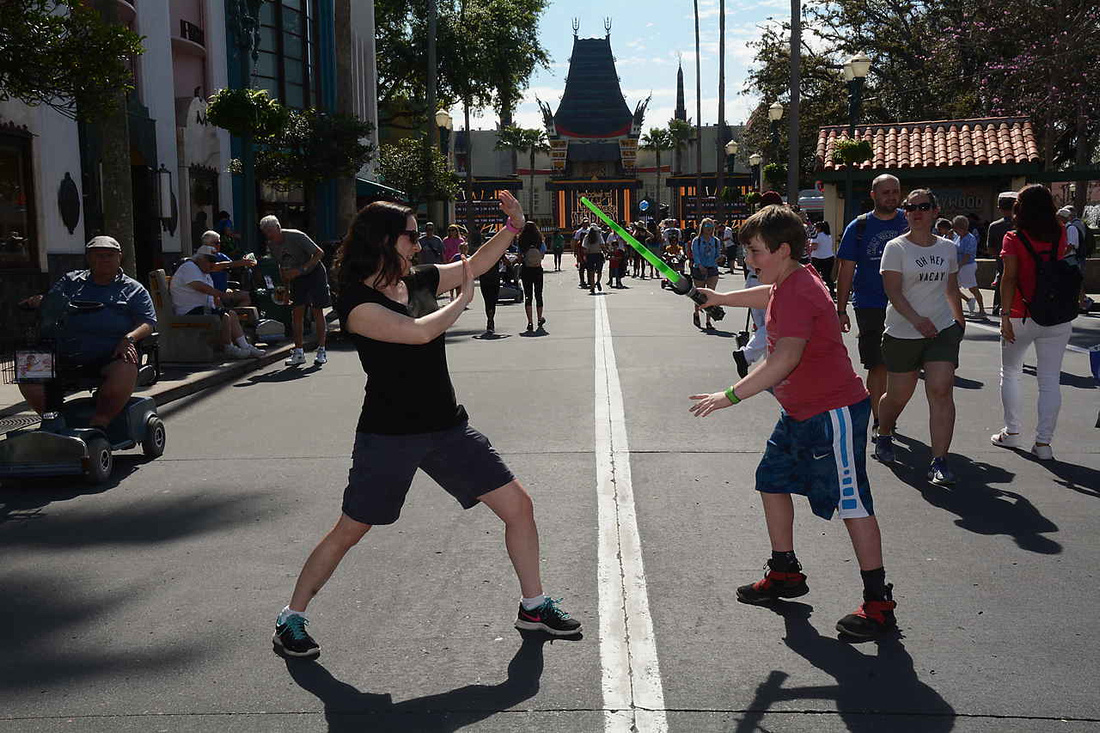 There were a few times I had a moment in the park by myself (miracles) and, well, that's when the magic happened. 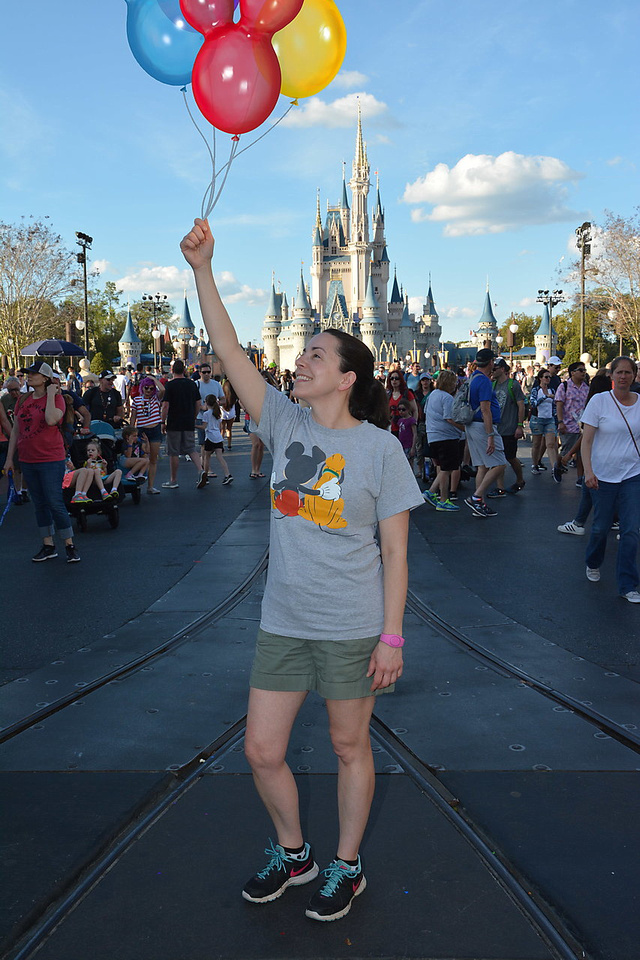 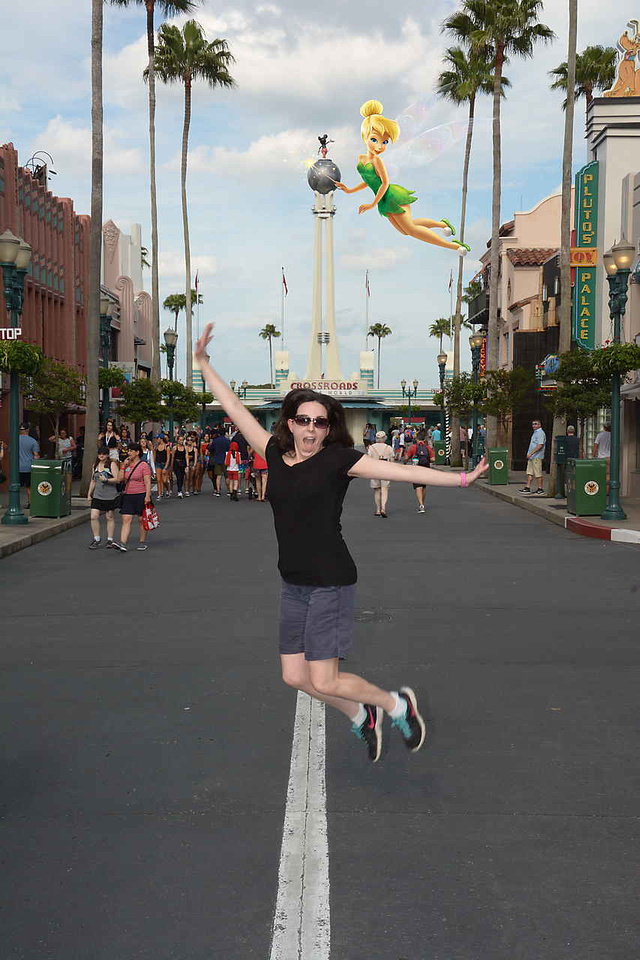 5. I Sold My Little Mirrorless Camera

There was no way in hell I was bringing my Canon 6D to Disney. I like rollercoasters! The thing was going to end up smashed, forgotton or covered in sunscreen. Or all three. My options therefore were the tiny Canon PowerShot (which I brought with me five years ago as well) and my iPhone. I became very adept at stopping, steadying myself, and snapping off a quick photo before running through the crowd to catch up with my family as they sprinted between rides. Did I mention I like rollercoasters? Speaking of which you could see the fireworks from the rides. The truth is I wish I had my Canon 6D with me. The 24-70mm wide angle lens with an eight-second shutter speed on a tripod to capture the fireworks? Gorgeous. I'm sure the people behind me in line would have been psyched and my family would have been suuuuuuuper understanding. Instead I got this, which is not as gorgeous: 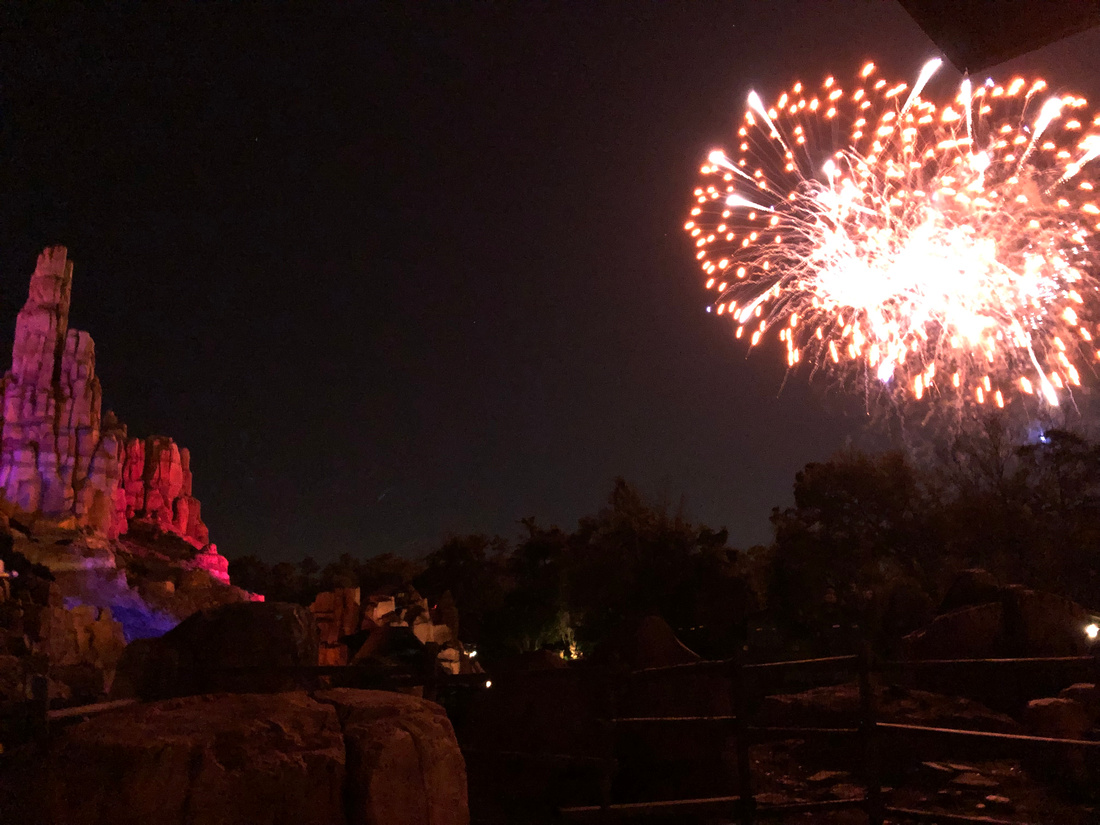 4. Again, it's for Posterity

I absolutely would have loved to have brought my Canon 6D with me. How fun it would have been to actually impress people with my Disney photos when I got home haha. How lovely to have some actual bokeh in my images. But no; it wasn't worth the anxiety of worrying about smashing or forgetting the camera I use to make money. I'm printing 4x6s, maybe a little book with these. And that's ok. This go-round I took 296 photos total which is half of what I took last time. Most importantly, I enjoyed myself. 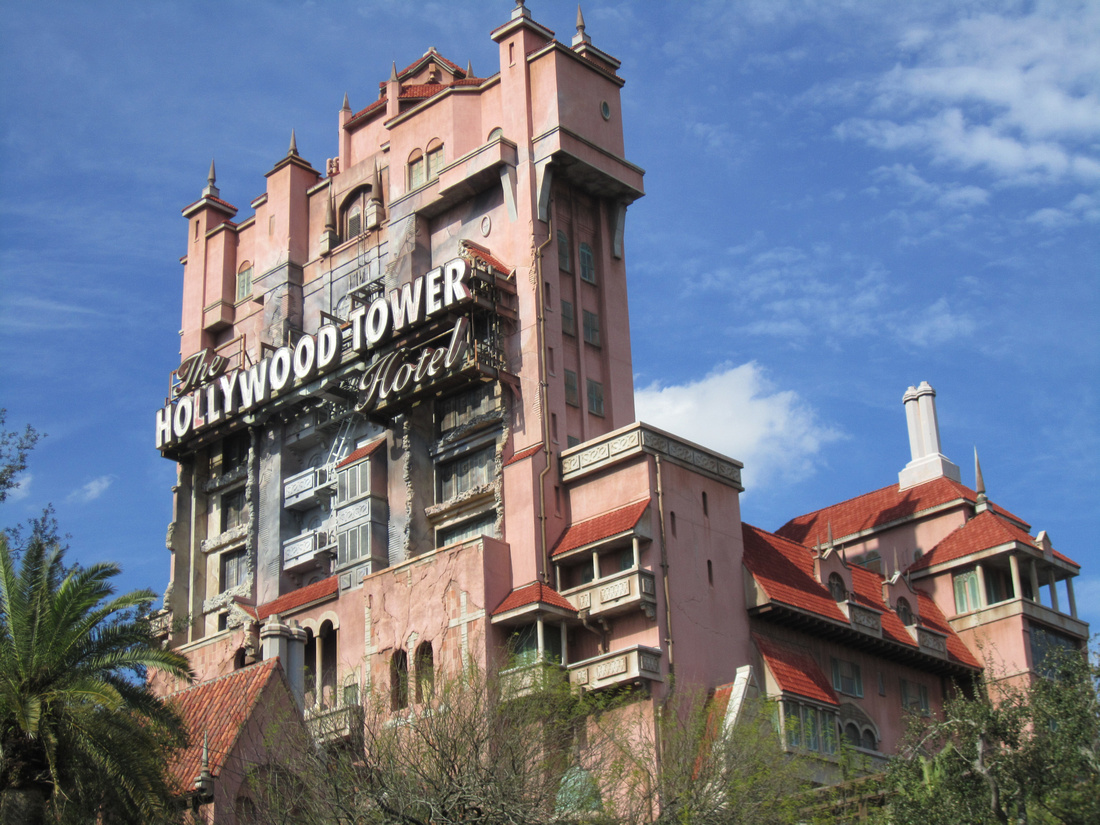 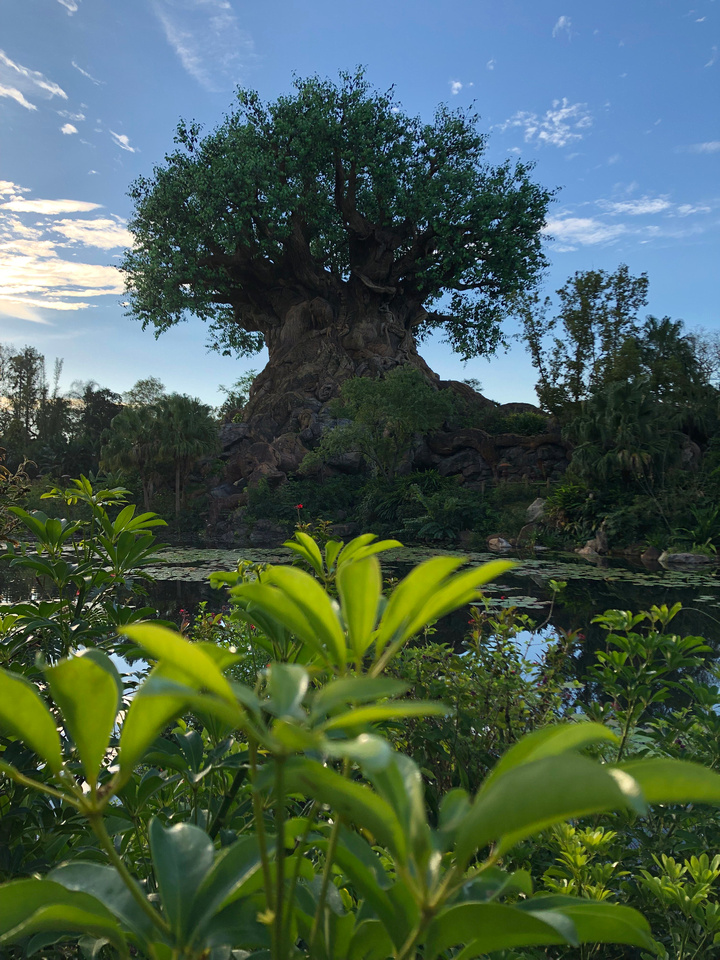 3. They Have Flowers in Disney World

Everyone knows I wasn't going to be able to go five whole days without taking a photo of a damn flower. The Flower Festival at Epcot starts the day after we get home. *tears* 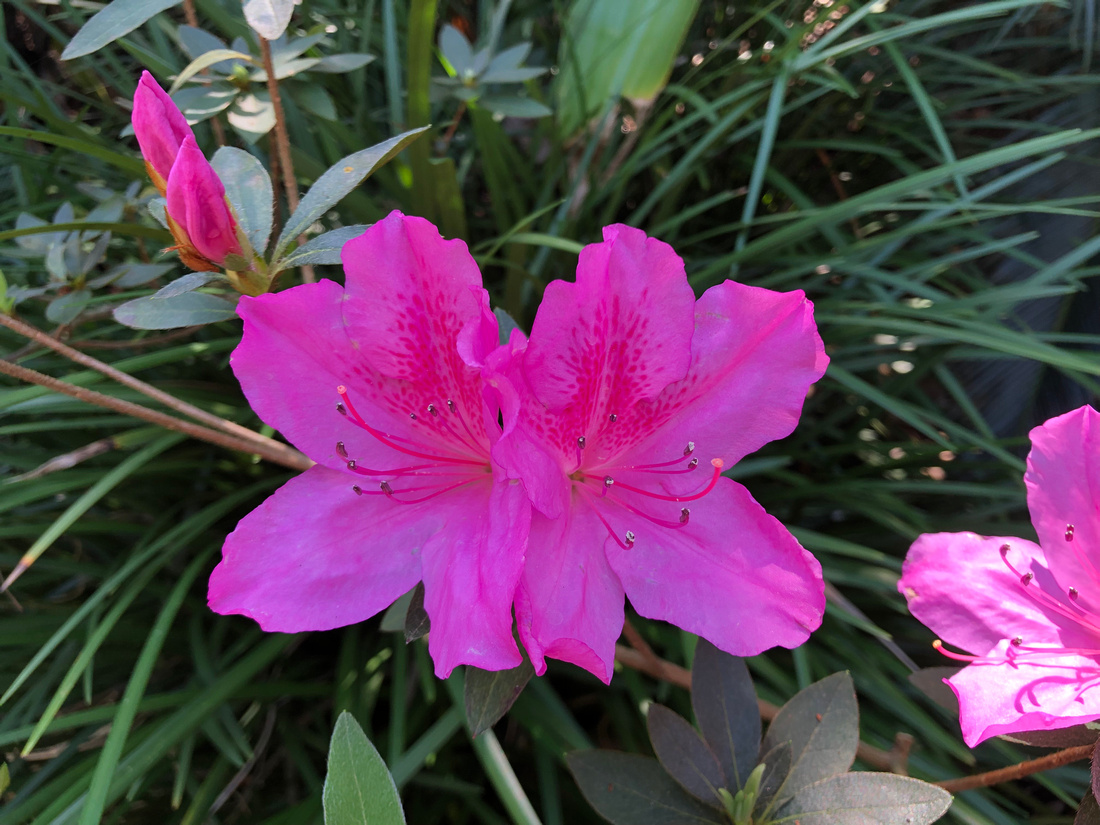 2. If I Wanted Gorgeous Photos of My Favorite Rides, Can't I Just Grab Them From Getty Images?

Yes, I totally can and probably will. And I probably will obsess over them for a few weeks until I stop trying to use my Magic Band to get into my own house. 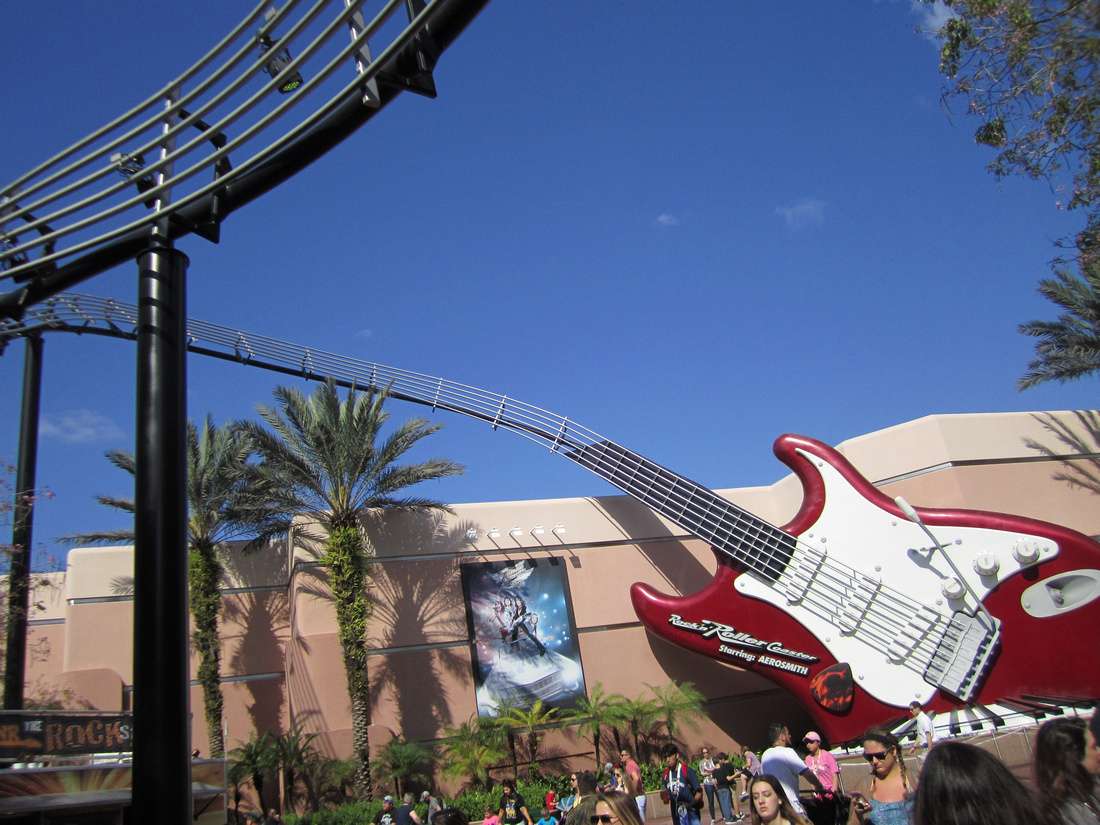 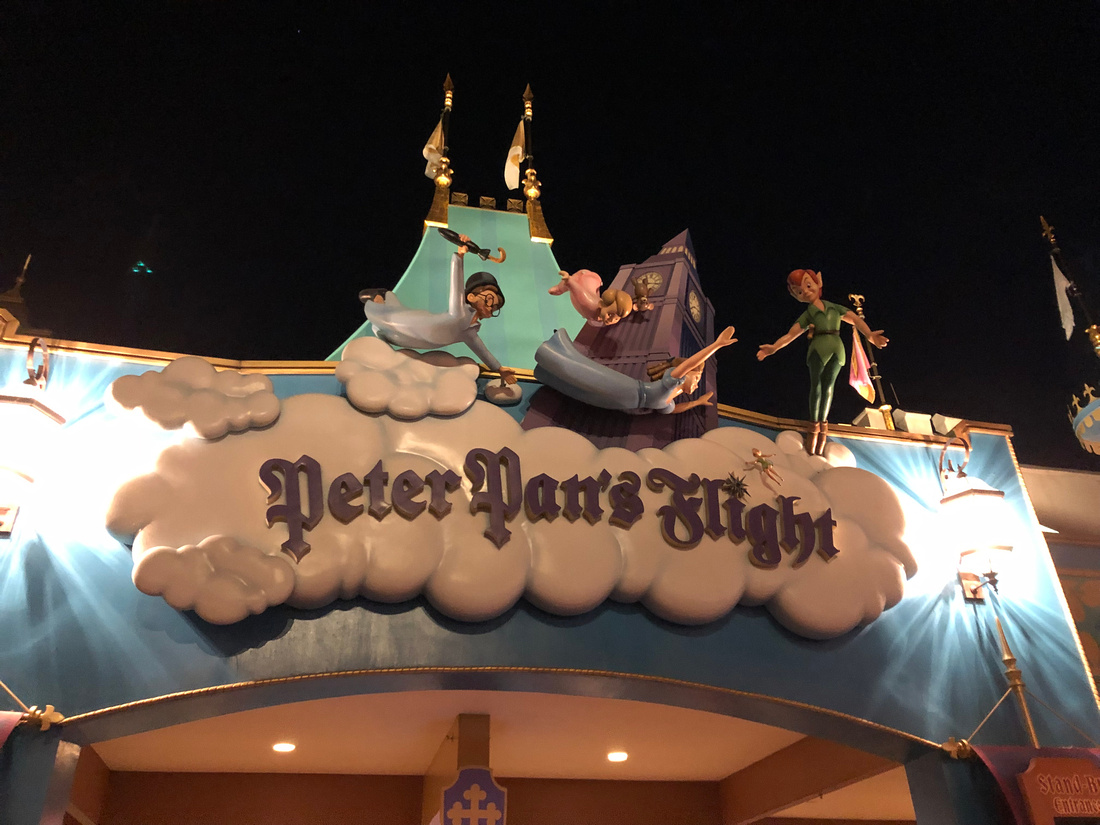 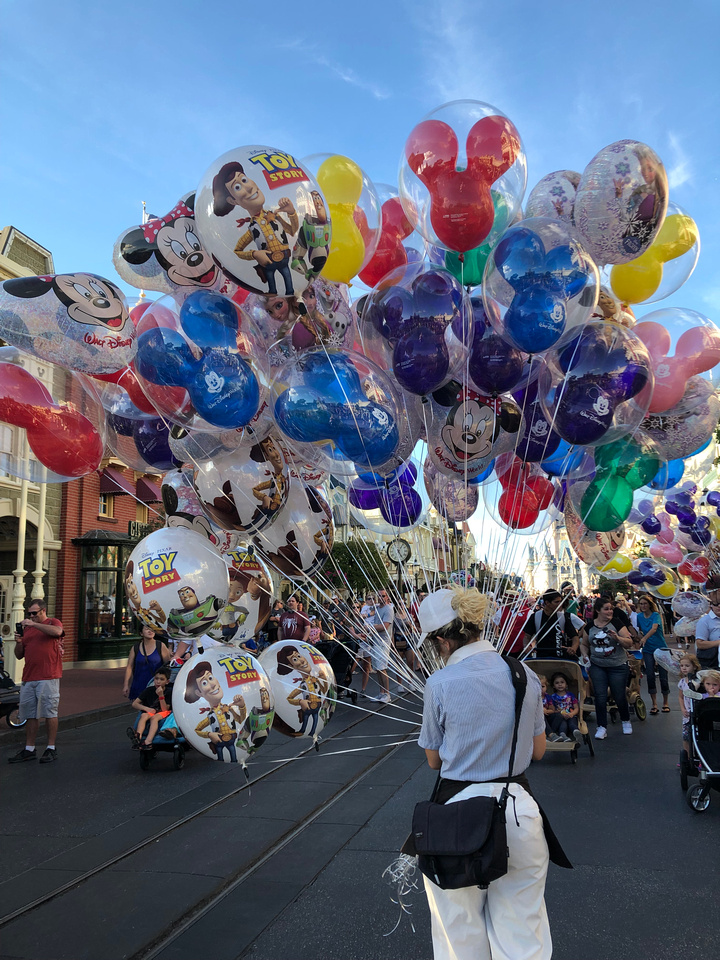 I've loved all things Disney since I was three. I had the Mickey Mouse Talking Telephone and Winnie the Pooh pajamas. I still have my ceramic Mickey and Minnie set, and my Winnie the Pooh jewelry box. Someday I'll return to Disney without my kids and I'll bring a fancy camera, maybe even a tripod if they'll let me.

So If you're traveling without kids, have a patient family and/or feel very confident that your equipment won't get damaged, please, for everyone's sake, bring your fancy camera so I can see amazing Disney photos. For now, I'll just grab a few shots with my iPhone and make liberal use of the Photo Pass.* 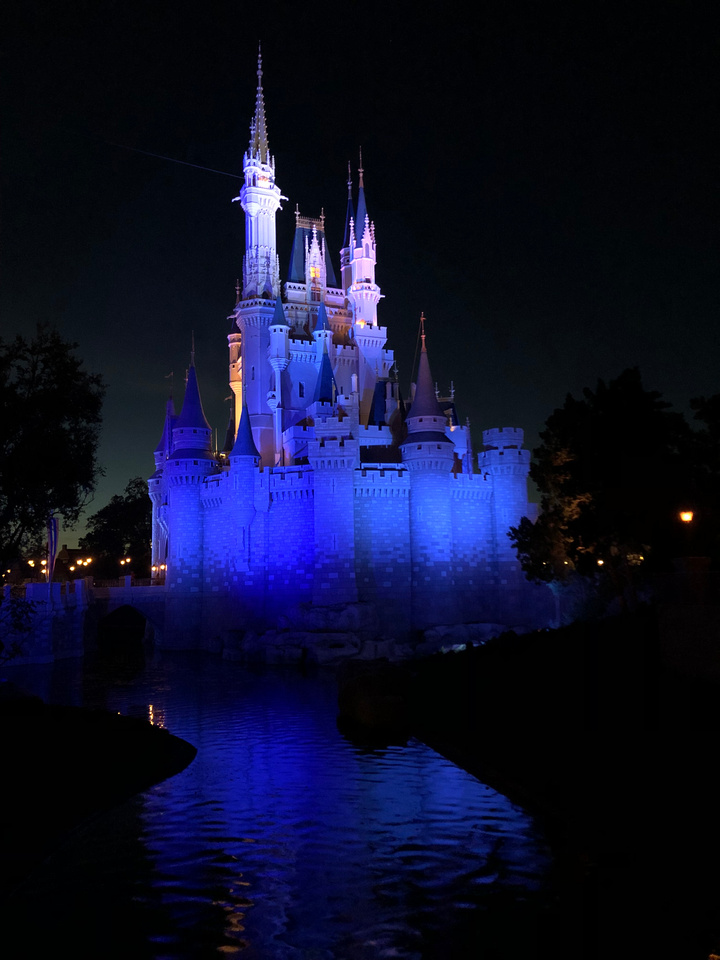 *I'm not getting paid by Disney to have written this. I wish!